The bitcoin investment fund Pantera Capital is collecting syndicate bids to win the upcoming auction of the Federal Marshals Service. The minimum bid is $50,000. Pantera will receive 1% of each winning bid.

Satoshilabs, the creators of Trezor, an offline bitcoin wallet, are planning to introduce Colored Coins and smart contracts to their service. The company claims that developers who use these blockchain applications should feel free to add support for Trezor to their products.

Parkt, a Seattle-based parking reward startup, has added a new feature that allows users to receive bonus points in bitcoins. Customers can redeem points to get a discount for their parking space or withdraw them in digital currency.

BREAKING NEWS: New portion of 50,000 BTC will be auctioned by US Marshals in March

The CryptoCurrency Certification Consortium (C4) has developed a set of rules to assign bitcoin companies different levels of security.

The developers of the Transport Layer Security (TLS) protocol have announced the Bitcoin Piñata, a hacker competition with a bounty of 10 bitcoin, in order to test the safety of their system.

The election of two new members of the Bitcoin Foundation’s Board of Directors turned problematic after only 20% of eligible members registered for the vote. Representatives of the Foundation state that this is enough for a quorum and note that they have warned eligible members about the upcoming elections at least three times.

Bitcoin Foundation members are currently voting to elect two new Directors. This time, there are 13 candidates on the ballot, each of whom hopes to take up one of the two positions.

This autumn, the Foundation passed a new rule that requires eligible members to register before the voting process. The aim of the rule was to stimulate voting activity: last winter, the Foundation struggled to reach the 50% quorum that was necessary for the election to be valid.

This year, the Foundation introduced pre-registration and lowered the quorum requirement to 20% of registered voters. Eligible members were notified by e-mail and could register through a dedicated webpage. Despite this fact, 80% of eligible members failed to register. As a result, only 20% of eligible electors (364 out of 2782) are participating in the process.

The Bitcoin Foundation published a blog post blaming their members for this failure. The organization says that it notified eligible members by e-mail at least three times and published information about the alterations to the elections system on its blog:

“Democracy is messy. The hard truth is that many people choose not to vote”

Brian Goss, who is overseeing the election process, has received only 6 official complaints so far. The elections are going forward. The Bitcoin Foundation reports that this time

“Within 24 hours of opening the polls on Friday, February 13, 2015, over 183 Bitcoin Foundation members voted, reaching quorum. Quorum is the minimum number a group needs in order to make the proceedings, whether it is a meeting or a vote, valid. At the time of this writing, 246 out of 364 eligible ballots have been cast"

The Virtual Currencies Round Table, scheduled for February 17th-18th in London, will bring together representatives of Commonwealth governments and various international experts.

Netagio is closing its bitcoin exchange

The UK-based bitcoin exchange platform Netagio has announced plans to restructure its current business. The company will stop providing exchange and trading services and will launch a cash storage ‘facility’ in March 2015.

The law firm of Anderson, Desimone & Green in southwestern Virginia has begun to accept bitcoins. The firm is 30 minutes away from the campus of Virginia Tech, the alma-mater of many bitcoin entrepreneurs.

Virtual currency ATMs and trading platforms in the largest Canadian province will need to receive licenses to continue their business. However, local authorities are claiming they have no plans to regulate cryptocurrencies. 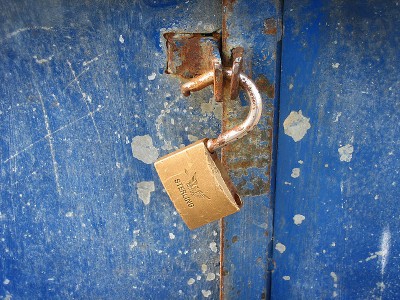 The company is offering a bounty of 720 BTC for getting it back.

On Saturday and Sunday, bitcoin demonstrated remarkable volatility. The price of the digital currency first rose to $265 on Saturday and then fell to $230 on Sunday.