We have all been familiar with the VISA payment system for a long time. It ensures the security of our credit and debit cards, allowing us to easily use them in our daily lives.

BUYTEX, a cryptocurrency exchange, has announced that it expands its core team this September with Vincent Veisman – the ex-CEO of the Coinsbit crypto exchange will join BUYTEX as its Chief Business Development Officer.

If you think that virtual reality is something that relates exclusively to the field of games and entertainment, then you are deeply mistaken. Goldman Sachs predicts that by 2025, the VR industry will grow up to $ 80 billion. In addition to the entertainment industry, the main applications of virtual and improved reality will transform to retail business, real estate and healthcare.

In fact, the day is not far off when virtual reality devices — VR glasses and helmets — will become as accessible and popular as smartphones are today. In these devices it will be possible to conduct business activity, carrying out full-fledged meetings and conferences, to have fun, watching movies or playing games with friends, to attend mass events, to go shopping. Does sound fantastic? Let’s try to convince you.

If earlier VR has been seen as a way to escape from reality and dive into the fairy-tale world, today global business is beginning to understand how powerful this technology may become. VR is the next step in the development of social networks and the next step in the development of business processes. Social VR erases borders of countries and continents, with its help people can communicate, play and share their creativity with the whole world.

“That is the market growing, and if you think to invest in VR, now is the time”, — says Alexey Makeev, CEO of platform Viarium — decentralized blockchain platform for building business in virtual reality.

Viarium — is a domestic project on an international scale. The uniqueness of the platform is that it combines the hype of interest in blockchain and the real working world of virtual reality: Viarium was the first to combine the world of VR with blockchain economy.

The concept of the project is simple and fantastic at the same time. Imagine a huge shopping center, or rather even a trading world that exists only in virtual reality. In this place there is a huge number of sellers and even more buyers. Both make real trade deals in this space. Viarium plans to make this fantastic story a reality. Owners of exhibition centers, real estate, art galleries, museum halls, online stores can create their own retail space or virtual objects in the virtual world and conduct a full business there. If, for example, we are talking about real estate you can clearly show a potential customer how his potential apartment looks in virtual reality.

Using the platform Viarium to buy a certain place, a certain number of square meters of virtual land in a virtual world, to build on this land any virtual building, to sell any virtual items. All your objects in this virtual world will be fixed on the blockchain.

The objects of this virtual world, due to the large amount of information, will be stored on a distributed file system IPFS, and the blockchain will store hash links to these files. Thus, your virtual property will be uniquely assigned to you with the help of blockchain, transactions in which, as you know, it is impossible to forge. And ownership of such virtual objects can be easily verified.

What is the benefit of cryptocurrency trading in the virtual world?

In August 2019, the crypto currency exchange Coineal announced that Viarium develops a VR terminal for trading. To see and “pass through” this miracle will be possible during any events and activities with Coineal — Viarium has developed for VR exchange a presentation of a new product, which you can evaluate wearing virtual reality glasses, which will be given to you by the exchange stand.

The partnership project of both companies is quite ambitious: together they are going to build the world’s first virtual reality exchange. There is no any analogue for VR trading terminal developed by Coineal anywhere in the world. It is the first of its kind and absolutely unique project.

Coineal, pan-Asian exchange created in 2018 by a group of geeks and enthusiasts, just a few months was able to enter the top ten crypto-exchanges from the list of Coinmarketcap. This was done due to the professionalism and impeccable technical base that backgrounds the project. Now Coineal is actively expanding its presence, including in Russian-speaking space and European market and according to its intention to hold cutting-edge positions, is ready to add to its wide arsenal of tools the new version of itself — Coineal will be the first crypto currency exchange in the virtual space, with a set of specific functions, such as, for example, trading learning.

“We did a similar project with the Dubai exchange aggregator a year ago. The task was to show how comfortably you can arrange the screens for traders in virtual reality, so I don’t have to own many monitors or to trade with a phone, which in my opinion is not very comfortable”, — says the head of Viarium. “We came up with a following thing: wearing glasses, at home or anywhere else, a person can easily get into a space where he sees all his screens at once, all his exchanges in one place. All this is combined, all with a convenient interface. We showed it for the first time in Dubai, but it never went further introduction and a year later the guys from Coineal saw this design and said: We want to use it!”.

How VR terminal can efficiently help you trading?

The terminal for trading in VR is an application for virtual reality glasses, where an imitation of an office with a variety of monitors, which displays information from the exchange website, is created. Only Oculus Go or HTC Focus glasses are enough to work with the application — these devices do not require a phone or a computer, you can use them anywhere and anytime.

The fact is that trading in VR allows you to see end-to-end analytics on one device, when there is no need to be in a certain space with a variety of monitors, which are usually used by traders for quick and easy access to information. In the VR terminal it is possible to place all monitors at once, to see data from several exchanges, to observe the actions of fellow traders, to read news, to track statistics.

Evgeny Egorov, the head of the Coineal Russia, says: “75 percent of our traffic comes from mobile devices. This means that users prefer compact devices to work with the exchange. And that’s great — they use our mobile app. But imagine if the trader will use virtual reality glasses and there will be a mass of information: trades, statistics, news, it will be possible to communicate with other traders. At the same time, he can do it anywhere, wherever he is — at home, at the airport waiting for the plane, in the office at work, at any other place. He puts on his glasses, and there is all the necessary information and all the necessary tools for trading. It will be an amazing, special VR tool for trading, a new type of exchange in the virtual space.”

A huge advantage of working in the terminal is security: Retinal scanner is installed in VR glasses, which is an additional degree of protection of traders’ assets. The retinal pattern cannot be faked, just like the entry in the blockchain and therefore trading with VR glasses can potentially become the most secure and convenient way to carry out this activity.

Training in trading in the virtual space: personal mentoring and the effect of presence

Being in VR, a person enters so-called inverse state. This is a state of the brain when it learns very quickly on its own, without any effort. This is how learning by engaging in a process that works incomparably better than long tedious hours of cramming. It is better to see once than hear a hundred times — this can be said about learning in the virtual space.

Imagine that you put on glasses, sat down, and next to you is a professional trader, trading in the markets. He begins to create his deals and explains why exactly he does certain things, and you can watch step by step for his actions, for what is happening, you can ask him questions. Seeing how he places orders, you will learn not only to use the terminal, but also master the trading strategies that you will give a person who is almost next to you, despite the fact that he is many kilometers away from you.

The format of training can be different — both group and individual. VR allows you to remotely enter as a group into the same space, where the tutor-trader can tell you how to trade, what screens you need to pay attention to, where you can share experiences with other students — and all this in a lively exciting way, not in the format of a boring lecture.

When asked how fast he sees the introduction of virtual reality technology in trading using VR terminal, Alexey Mashkeev answers: “Most likely, at first Coineal will use the terminal at exhibitions for marketing, for creating such a wow effect: look at our innovative tool for trading! But now, I think, when Apple’s glasses appear and all other players will release virtual reality glasses, the market will adapt its products to VR and then virtual reality interfaces will become an integral part of every product in the network. Therefore, it is necessary to move, it must be tested — Viarium-like worlds will be an integral part of our lives in the nearest future.”

Why do we need market makers and what role do they play on Crypto Market?

In early August 2019, the pan-Asian cryptocurrency exchange Coineal, which is currently actively expanding its presence in Russian cryptocommunity, announced its entry into a strategic partnership with the technological startup BlockchainHouse, which provides unique services for our market: the company is specialized in the field of market-making (MM) for blockchain projects. 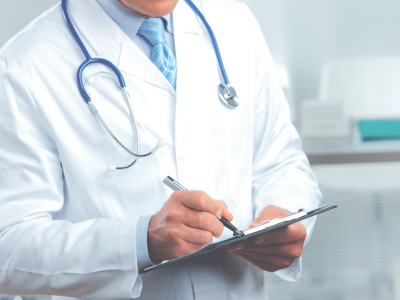 Medical Care has always been a front-line, mission-critical, use case for emerging technologies with fast and furious adoption turning into almost an arms race. 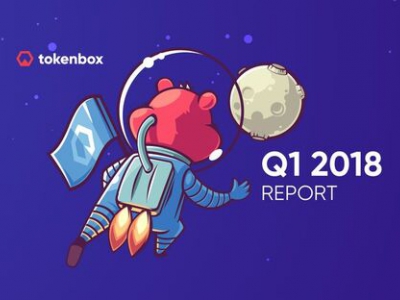 After taking some time off air and making final touches after the TGE, the Tokenbox Team issued a detailed report and shared highlights of what they have done since the beginning of 2018.

SGPay creates next 3rd generation wallet for payments and cryptocurrencies

To respond to the growing demand for multiservice solutions for cryptocurrencies, the Singapore startup Blockchain Capital Pte. Ltd. has developed a solution that would enable users to keep cryptocurrencies in wallets, follow the cryptocurrency portfolio in real time through a light mobile app, and to carry out smartphone payments in sales outlets and make electronic money transfers.