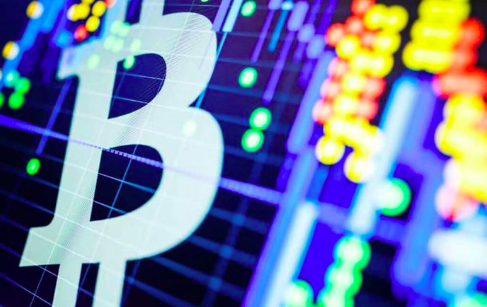 According to Bitwise Asset Management, 95% of registered trading volumes on exchanges are either fictitious or do not have economic meaning. According to researchers, this problem is only exacerbated: over the past 12 months, the share of low-quality crypto exchanges in the market has grown by 30%, largely due to the fact that they were able to fraudulently occupy the top lines of popular ratings.

The problem of fictitious trading volume carries risks for the entire cryptocurrency market. Using the inflated trading volume, trading floors can manipulate the behavior of market participants, bring down or, conversely, increase the rate of cryptocurrencies. At the same time, the lack of reliable data on the trading volume and liquidity of the crypto-exchange can potentially lead to the fact that customers will place their assets on deposits at sites that act like financial pyramids. When withdrawing cryptocurrencies from the accounts of such exchanges, clients often have difficulties, because in fact the trading platform simply does not have the funds to complete such an application.

“Fictitious trading volume is the problem of the entire cryptocurrency market and strikes conscientious cryptocurrency exchanges in the first place,” sais Kossar Sohail, executive director of the British exchange named Bitlish. “This practice undermines the confidence in all participants, even those who do not use such manipulative methods of boosting tenders.”

But against the backdrop of the growing popularity of cryptocurrencies, crypto exchanges using unfair practices to artificially increase trading volume indicators began to appear in the world. One of these practices is “transaction mining,” when traders earn money on transactions. For example, this summer, little-known young sites — Singaporean CoinBene and Hong Kong Bit-Z, which announced daily trading volumes of more than $ 2 billion and $ 1.5 billion, respectively, were in the CoinMarketCap top ranking of cryptocurrency exchanges. For comparison: this is one and a half to two times higher than that of the popular cryptocurrency exchange Binance. By falsifying the trading volume, crypto exchanges quickly reached the top of the ranking on CoinMarketCap and thereby attracted many users with real assets and projects who were willing to pay for listing their tokens on supposedly popular trading floors.

The CoinMarketCap rating began to quickly lose its reputation as a reliable service, and in the spring of 2019, the CMC team announced the need to change approaches to evaluating cryptocurrency exchanges. The Data Accountability & Transparency Alliance (DATA) initiative group was created to ensure “greater transparency, accountability and the disclosure of critical information about projects in the cryptosphere”. The key change was the obligation of crypto exchanges to provide CMC with real-time trading data, including order data. Crypto exchanges that do not agree with the new requirement will be excluded from the site database. The initiative was primarily supported by exchanges such as Binance, Bittrex, OKEx, Huobi, Liquid, UpBit, IDEX, OceanEX, Gate.io, KuCoin, HitBTC and Bitfinex.

November 12, 2019 there will be another change in the methodology for evaluating cryptocurrency exchanges on CoinMarketCap. It is aimed at improving the assessment of the liquidity of crypto trading floors. In addition, the more information the cryptocurrency exchange will transmit to CMC, the higher the category will be assigned to it. Thus, CMC hopes to motivate crypto exchanges to disclose additional information and transparency. But a quick victory over falsifiers in the CMC is not expected.

“Using liquidity as a metric is difficult, as it is not quantifiable and is constantly changing. Therefore, to limit possible fraud, the metric that determines the trading volumes on cryptocurrency exchanges will require significant processing”, the service representatives told us.

An alternative approach to the evaluation of the cryptocurrency exchange was proposed by the team of another analytical service — CryptoCompare, which was launched in 2014 in London. Like CoinMarketCap, for a long time CryptoCompare rated crypto exchanges mainly according to the stated trading volume, but amid growing falsified data, the company's analysts came to the conclusion that it is necessary to radically change the evaluation criteria. In the summer of 2019, CryptoCompare released its own rating of cryptocurrency exchanges CryptoCompare Exchange Benchmark, which included more than 100 top-end trading platforms.

This time, the ranking methodology took into account more than 30 indicators, which can be grouped into 7 categories: geography, regulatory framework, investments, team and company, data provision, trade monitoring and market quality. The first lines in the CryptoCompare ranking were more familiar and familiar names, among which there were many old-timers of the crypto market — Coinbase, Poloniex, Bitstamp, bitFlyer, Liquid, itBit exchanges.

Now on the CryptoCompare website, users have the opportunity to get acquainted with the rating of crypto exchanges with the ability to filter by several parameters. In addition to the trading volume itself, trading floors are scored according to their own CryptoCompare evaluation system and get certain points. If the largest trading volume according to the CryptoCompare rating is at the BitMEX, Binance, CoinBene and ZB exchanges, then the assessment of these exchanges by other parameters is significantly behind. So, CoinBene and ZB are rated at 19 and 21.7 points out of 70 possible, respectively, and assigned to crypto-exchanges of one of the lowest categories — E.

“CryptoCompare has one of the most well-thought-out ratings,” says Sohail. — “They take into account many factors, which allows a diversified assessment of the site. This includes jurisdiction, team, and transparency of bid data. But here, unfortunately, there are loopholes for scammers, from which their customers and other crypto exchanges suffer.”

He draws attention to the fact that CryptoCompare analysts even found indirect signals about a possible increase in trading volume on well-known platforms such as OKEx and Bittrex, and not so large platforms, including Bitlish.

The decisive steps of the most popular analytical service CoinMarketCap on the path to eliminating unscrupulous crypto exchanges from the top ratings pushed other players in this field to similar actions. Two weeks after the announcement of the DATA initiative, one of the alternative portals — CoinGecko — presented its toolkit for determining real trading called Trust Score.

A distinctive feature of the CoinGecko methodology is the recording of traffic data on cryptocurrency exchange sites. Information about visitors is taken from the SimilarWeb resource. Since this service shows data on the number of website visitors per month, CoinGecko divides this indicator by 30 to get the average number of visits per day, and then divides the trading volume declared by the exchange by the average daily number of visitors. The resulting value (average trading volume per visitor) is compared with the median of this indicator, obtained from data on 10 “trusted” crypto-exchanges in the research of the analytical company — Bitwise. If the average trading volume per visitor is higher than the median from the group of “trusted” crypto exchanges, then it is adjusted. So CoinGecko displays the normalized trading volume.

In the ranking of CoinGecko, the leaders in the rating of crypto exchanges compiled according to such a methodology were Binance, Bitfinex, KuCoin, Bittrex, Poloniex, Coinbase Pro, Huobi Global, Upbit, Kraken.

But many cryptocurrency exchanges immediately criticized this approach. Their claims were well-founded: many provide users with the opportunity to trade not on the site, but through their own APIs. In this case, clients are out of scope for SimilarWeb.

The idea of ​​launching the project was born back in 2017 — the founders of the Neironix platform decided to create the world's first independent international rating agency in the field of digital economy. The service is a global investment process management methodology focused on the cryptocurrency industry.

The information that is provided on the Neironix platform is based on statistical analysis of a large amount of data, as well as various risk factors. The Neironix methodology is based on the principles of the international risk management standard ISO31000: 2018 (E), adopted in 88 countries.

Neironix.io is ​​a global cryptocurrency financial analytics aggregator. Although the main scope of Neironix tools is the blockchain sphere, the team is not going to limit it to it — in the future it is planned to connect venture projects to the platform. On the platform, an integrated approach to ranking was applied. So far, the assessment is based on an analysis of 35 risk factors, and in the near future, their number is planned to be brought to 75. This approach allows us to create a real objective picture of the investment attractiveness of a project. The final rating is assigned to the project after evaluating the totality of all parameters.

In addition, on the Neironix website, users can subscribe to exchanges, coins and projects of interest to them and receive notifications of any changes in a convenient way (Telegram, e-mail, RSS or push notifications). In addition, here one can get detailed information regarding the number of trading pairs, the distribution of volumes, supported languages, as well as the latest news regarding a particular exchange.

At the time of this writing, the top ten leaders according to Neironix are as follows: Bitforex, DigiFinex, Binance, BW.com, OKEX, Bit-Z, Huobi, Dcoin, BitMart, HitBTC. The list of cryptocurrency exchanges is presented in chronological order on the principle of decreasing daily trading volumes.

Trading volume is the most understandable factor for users, and a significant indicator by which customers choose a trading platform. Unscrupulous market participants take advantage of this. The problem is that detecting inflated trading volumes remains an almost unsolvable task.

“Creating a cryptocurrency exchange and creating the illusion of high liquidity is not the most difficult task from the technological point of view. And you can detect such behavior only by indirect indicators that must be taken into account in aggregate. Neither the number of visitors, nor orders data can guarantee the reliability of the data”. Kossar Sohail notes, “As the cryptocurrency market grows older, the tools for evaluating cryptocurrency exchanges will improve, and it will be more difficult for fraudsters to work . But as long as users have to do the difficult job of selecting a trading platform, in addressing the challenges they will have to rely not only on public ratings, but also on your own common sense and experience. "