Africa is holding its first bitcoin conference in April 2015

The first global bitcoin event ever to occur in Africa will bring together different people interested in promoting bitcoin on the second-largest continent in the world. The event may become a breakthrough in the spread of the cryptocurrency.

A white list of bitcoin companies may be underway

Bonafide, a new startup, has raised $850,000 to build a bitcoin reputation system. Many users see it as a threat to the anonymous character of the bitcoin.

Ryan X Charles, Reddit's former cryptocurrency engineer, has announced he is going to start a new business, Bitcoin Wireless, which will use bitcoin to pay for wireless internet. Commenters on Reddit have noted the similarities between his proposal and BitMesh, a platform that allows other people to connect to your Wi-Fi and pay for it in bitcoins.

Bitcoin will have a profound effect on humanity, says OkCoin CEO

Star Xu of OKCoin ranks the social aspect of bitcoin as at least as highly as the financial one. He wants to work in both domains.

The Circle philosophy: make users forget they are using bitcoin and it will go mainstream

Sean Neville, the co-founder of Circle, a notable cryptocurrency payment business, believes that the best way to take bitcoin mainstream is to make customers forget about it at all, Pymnts.com writes. 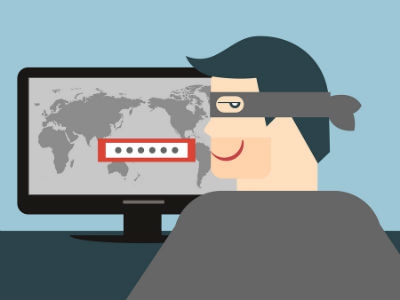 LocalBitcoins customers reportedly lost 17 BTC when the client support chat on the company’s website was hacked.

A research paper explores different kinds of bitcoin frauds and ways to fight them.

Two Polish banks, Bank Zachodni WBK and BPH, have shut down the accounts of bitcoin companies, claming that this was done because of the lack of regulation of the cryptocurrency in the country, according to Niebezpiecznik.

DeCrypto OÜ has launched a terminal for purchasing bitcoins for euros in cash in Talinn. This is the first bitcoin ATM in Estonia and in the Baltic States.

The price of bitcoin falls back to $230

The digital currency plunged in the evening of January 28th. The plunge happened after one bitcoin company filed for bankruptcy and the District Attorney for Manhattan expressed an interest in bitcoin.

New York regulator: We have not issued any licenses to bitcoin firms yet

Another regulating body has distanced itself from the “licensed” Coinbase Exchange.

Read more: New York regulator: We have not issued any licenses to bitcoin firms yet Add new comment
28 January 2015 20:10

A “magical market from the future” awaits the citizens of Stockholm and their children if they come to a bitcoin festival, organizers claim.

Read more: The Bitcoin Fun Fair will be held in Stockholm in the middle of February Add new comment
28 January 2015 19:07

BitPay has announced it is partnering with Global Impact, a charitable organisation that helps various international campaigns to raise funds for the world’s poor.

Over 70 bitcoin sites closed as scams

Gulnar Hasnain, a Green party candidate for the House of Commons in the London constituency of Vauxhall,  managed to raise 650 pounds for her campaign with bitcoin donations. Satoshi’s supporters come not only from the UK, but from the other side of the ocean as well.