TokenData analyzed mergers and acquisitions in the cryptocurrency industry and discovered 350 transactions worth $4 billion since 2013.

TokenData, an analytical company, studied mergers and acquisitions in the crypto world and published a report based on the results of the study, according to which there is a significant increase in M&A deals involving crypto companies. From 2013 to 2019, 350 M&A deals involving cryptocurrency and blockchain startups were signed. 2018 was the most productive year for deals. During the past year, 162 M&A deals worth $2.8 billion were signed in the crypto world, while only 4 deals were made in 2013.

In 2018, the list of the largest M&A deals by volume includes Poloniex acquired Circle Holding for allegedly $400 million and South Korean Bithumb bought by the financial group BK Global for $350 million. 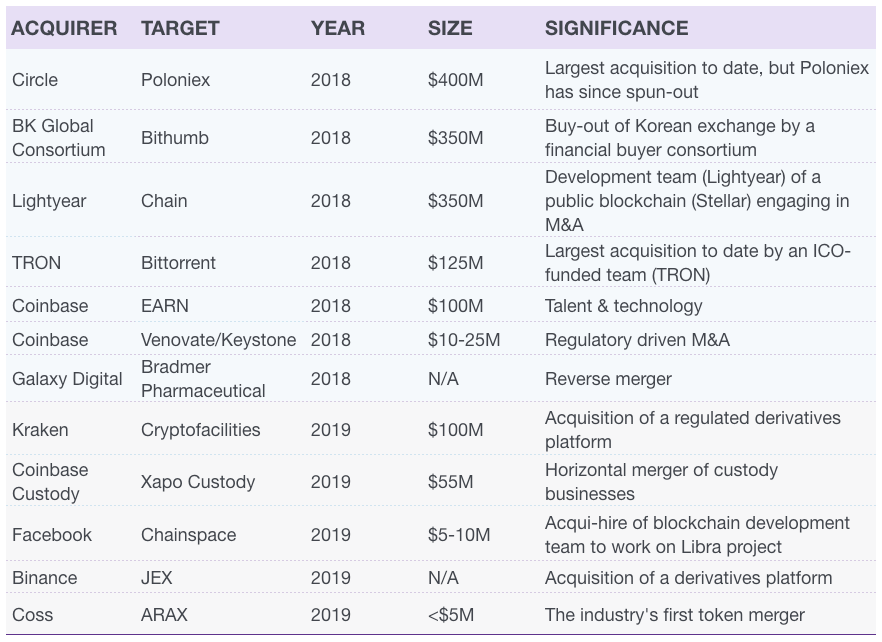 In 2019, the activity of M&A deals declined and, according to preliminary results of the year, are expected to reach 90-100 deals worth $700 million. The largest deals in 2019 so far is Cryptofacilities acquired by Kraken for $100 million.

According to the report, crypto exchanges are one of the most sought-after assets in the M&A market.

In general, the activity of mergers and acquisitions in the crypto world correlates with the prices of crypto assets and the mood of investors. Thus, the activity of M&A deals reached its highest peak in early 2018, shortly after bitcoin jumped in price to its all-time high at $20,000. 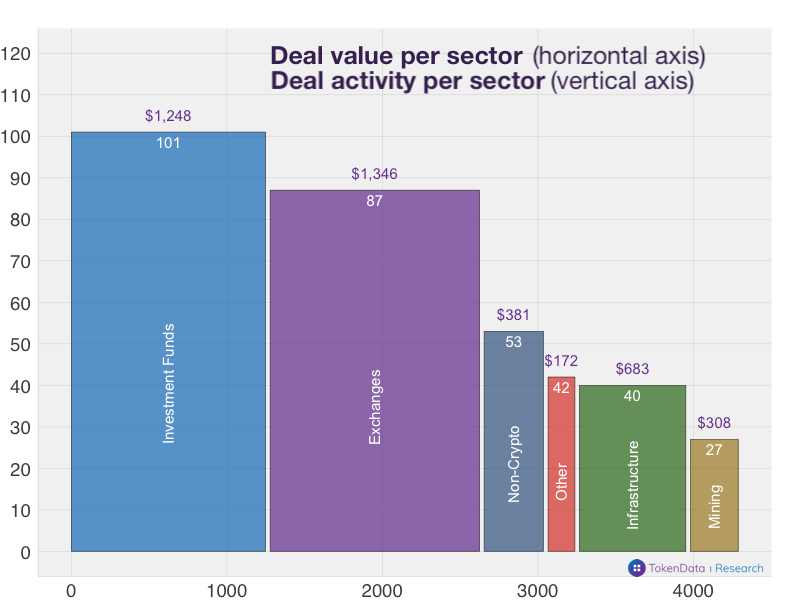