The mining industry oversees a new trend. Miners are in no hurry to sell mined coins, as they prefer to increase their crypto holdings.

The leader in terms of the volume of bitcoins in reserves is the US-based bitcoin miner Marathon Digital Holdings. Its reserves stand at 7453 BTC worth just under half a billion dollars. Canadian Hut 8 whose shares are traded on Nasdaq and which specializes in mining not only bitcoin, but also Ethereum, stands in second place. Its reserves are about 5053 BTC. The top 3 is closed by the mining company Riot Blockchain with 3995 BTC in reserves. 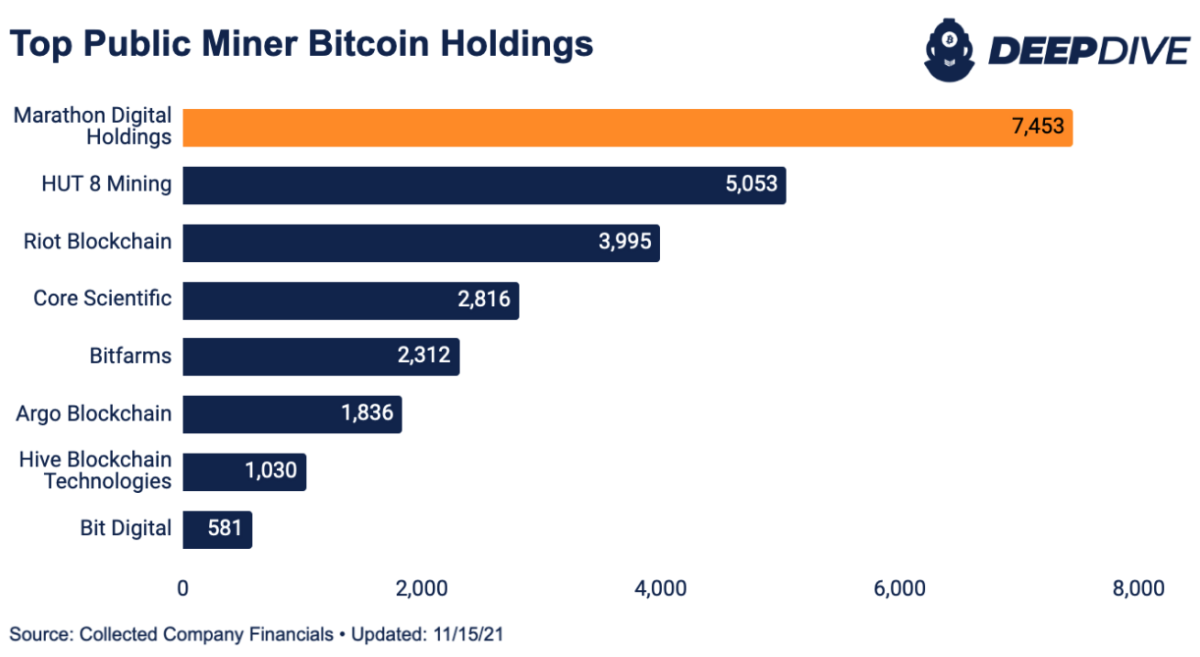 As noted by Bitcoin Magazine, some mining companies are finding new ways to generate income in fiat from cryptocurrency reserves. Thus, Hut 8 uses part of its bitcoin reserves to issue loans. Hut 8 directs about 40%, or 2000 BTC, for these purposes. The borrowers are investment companies Genesis Global Capital and Galaxy Digital.

And this strategy is used not only by Hut 8. Due to the growth in the volume of bitcoins aimed at crypto loans, interest rates on lending in bitcoins dropped significantly YTD. If in January they stayed at the level of 4%, then by autumn they fell to 2%-2.25%. Leveraging cryptocurrency reserves for loans allows Hut 8 to generate about $1.8 million in profit per year at current interest rates.