According to reports that appeared in local media on Monday, investors had lost over $300 million after the bitcoin trading platform closed without warning in January. Phone calls to MyCoin have gone unanswered and a Hong Kong legal institution has received 15 complaints from MyCoin clients. The complaints state that MyCoin may be a Ponzi scheme, and will be passed on to the police, a source in the Legislative Council of Hong Kong said to Reuters.

“The number of cases is increasing. These two days I received calls about more than 30 cases. We estimate more than 3,000 people and HK$3 billion are involved,”

The Hong Kong Monetary Authority (HKMA) warned people about investing in bitcoin, ascribing the potential threat of fraud to “the highly speculative nature of Bitcoin”.

“We have all along urged the public to exercise extra caution when considering making transactions or investments with Bitcoin,”

Customers complained that they had been promised exaggerated returns on their investments and special prizes like a Mercedes Benz car if they found new customers. Apparently, the disturbing situation around MyCoin has been under discussion in the Chinese bitcoin community since the end of 2014. According to information posted on a bitcoin forum, the company started to sell fake bitcoins at $20, which would reduce the estimated total loss to about $65,000.

This is not the first time an official Hong Kong regulator has warned people against using bitcoin. In January 2015, Hong Kong’s Secretary for Financial Services and the Treasury, Caejer Chan Ka-keung, issued a statement where he explained the high risks of trading, exchanging, or holding bitcoin. The position of HKMA was more bitcoin-friendly at that time as they took a positive view on the installation of bitcoin ATMs. With its lack of bitcoin regulation, Hong Kong has so far been something of an oasis compared to the restrictive environment bitcoin users and entrepreneurs face in mainland China.

MyCoin customers allegedly lost about $8 million and not over $300 million as previously reported by the media. The amended estimate was issued after 43 MyCoin customers had filed reports to the local police on February 11th. 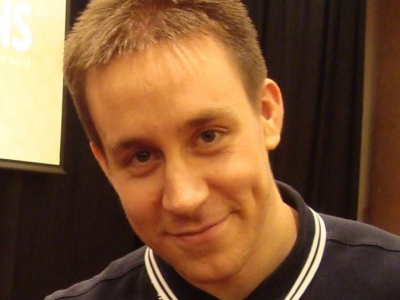 Dominik Weil: Many Ponzi schemes in Vietnam use bitcoin

Following the warning issued by Vietnamese authorities against investing in digital currencies or using them in transactions, CoinFox reached out to the co-founder of Bitcoin Vietnam for comments on the situation.

A hacker attack on SendGrid, an email service used by many companies including Coinbase, resulted in mass spam emails advertising Ponzi schemes being sent to users of Coinbase and Local Bitcoins.

A research paper explores different kinds of bitcoin frauds and ways to fight them.