In his interview to the lb.ua news website, the head of the State Security Service Valentin Nalivaychenko mentioned “accomplices of former president Viktor Yanukovich” who are behind mysterious bitcoin transactions.

“They finance terrorism with the help of cash that comes from Russia. Besides it, there are some attempts to use electronic transactions. The State Security Service should work together with the State Financial Monitoring Service and the Ministry of Internal Affairs to block accounts, bank cards, and all these bitcoins that are used to pass money to terrorists”

Speaking to lb.ua, Nalivaychenko did not suggest a way to block “all these bitcoins”.

As CoinFox reported earlier, both sides of the Ukrainian conflict do use bitcoin. Indeed, according to some insider reports, weapons and ammunition for the Ukrainian military and voluntary loyalist battalions fighting in the east of the country are often bought in Europe illegally. “Phoenix Wings”, a Ukrainian loyalist website run by Yuri Biryukov, President Petro Poroshenko’s aide, is collecting donations to purchase supplies and equipment for the Ukrainian army and accepts bitcoins.

According to CoinFox’s investigation, several separatist websites and pro-rebel activists also try to capitalize on support for their cause and solicit donations in digital currency. A brief investigation of blockchain records shows that in many cases their bitcoin addresses remain empty. Other, more influential pro-rebel organizations maintain active digital currency accounts with daily transactions. There was no information about any attacks against these accounts, from Kiev or from elsewhere.

According to an article in the International Business Times, weapons, ammunition, and information for the civil war in Eastern Ukraine are bought with bitcoin on the dark web. 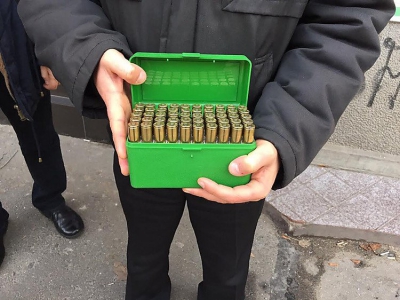