Australian-based Long Future Foundation calls on delegates of the Block Chain summit hosted by Richard Branson on his private island to address the sustainability issues of the bitcoin.

Bitcoin mining can become too disastrous for the planet if the cryptocurrency price goes further up, affirms the Australian sustainability think tank. Indeed, the calculator created by Long Future shows that bitcoin mining might one day consume 13,140 TWh of electricity per annum – the amount of energy needed to power 1.5 bn homes or 57,92% of global electricity supply.

“If Bitcoin’s energy consumption isn’t reined in, we’ll end up being crowded out of electricity networks and sitting in the dark. So long as people can make money from speculating on Bitcoins, people will spend large amounts of money, resources and electricity to acquire and trade them. There is a lot to be said for Bitcoin as a currency but it may ultimately be fatally flawed because of its growing energy consumption.”

The calculations are based on the assumptions that the price of the cryptocurrency will go up to $1 million and that people would be ready to spend $0.5 million on electricity to mine the precious bitcoin. However far from reality  that supposition might actually seem, Lane is persuaded that if bitcoin adoption takes steam, the figure is not improbable:

"If bitcoin replaces gold and the US dollar as a global currency, maybe $1m is a low figure. Even if bitcoin only gets to $400,000 it still consumes 23% of global electricity supply."

It is not the first criticism of bitcoin voiced by Guy Lane. Already in December 2013, he published an analysis of the carbon footprint of the bitcoin network telling that bitcoin footprint is a “clear and present danger” to Earth and called on the bitcoin community to change algorithms or to “shift allegiances to a cryptocurrency that is ecologically sustainable”.

However, as remarked by Sam Cole, co-founder of KnCMiner AB, the calculation does not take into account the fact that number of coins that can be mined halves every four years. Long Future assumes a daily production of 3,600 BTC per day, but the next year the number is going to drop to 1,800 BTC and by 2021 to only 900 BTC. There are also hopes that the efficiency of bitcoin mining will grow so the electricity consumption and CO2 emission would decrease.

Finally, bitcoin defenders point to the fact that existing currency systems might be even more detrimental to the environment, with their need in financial middlemen and printing cash. An article published on May 12th, 2015, by Amagi Metals, pretends that bitcoin is a means of promoting eco-sustainability and should be adopted by environmentalists and eco-entrepreneurs.

# madazmotorsport 2016-03-24 09:11
Could this clown from "Long Future Foundation" be any more stupid? Firstly Australia will NEVER be even a small part of the bitcoin network because its electricity prices (even with solar rebates/discounts) are at the very top of the global prices and makes mining a very unprofitable venture even at very high prices. Secondly Australia is so far behind in technology development compared to even some of the much "poorer" ASEAN nations that we will be decades behind in innovation for a very long time to come. And thirdly (I could go on but Im getting sick of typing) every 6mths to a year "Moores law" (google it!) is continuing to be pushed further and further away. Many chip manufacturing companies are working on 16nm (and smaller) chip layers which will continually decrease the power consumption while increasing the hash rate.
Refresh comments list
JComments

The attempts to reduce carbon dioxide emissions on the global level have hitherto been inefficient, says Edward Dodge. However, if we use the blockchain, everything will change. 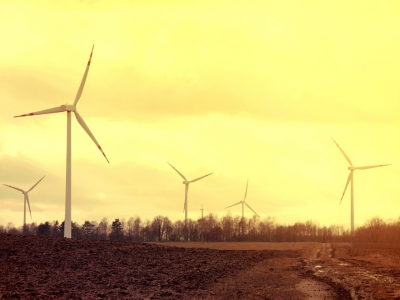 A cryptocurrency crowdfunding campaign gave Gulnar Hasnain, a Green Party candidate for the British House of Commons, more money than she was hoping to receive.