According to a Japanese source, the CEO of the defunct bitcoin exchange Mt. Gox is currently under investigation on the charges of fraudulent system manipulation.

The Tokyo Metropolitan Police Department has decided to prosecute Mark Karpeles, according to an article in the Japanese newspaper Nikkei. He is suspected of creating fake accounts with exaggerated bitcoin balances. Therefore, a portion of 650,000 bitcoins believed to be missing from the Mt. Gox exchange may never have existed in reality.

The crash of Mt. Gox is probably the greatest calamity to have happened to the bitcoin ecosystem.  In February 2014, the CEO of the bitcoin exchange that had at a moment controlled as much as 70% of bitcoin market has filed for bankruptcy protection, declaring that the site has been hacked and 850,000 BTC were stolen (worth about $450 million). Few weeks later, Karpeles declared 200,000 BTC were found in an old wallet.  That brought the missing amount down to 650,000 BTC.

From the beginning, many bitcoiners had their doubts. CoinFox has been monitoring discussions related to Mt. Gox in 2015. In January, a Japanese newspaper published a report originating from an insider source and the Metropolitan Police, claiming that the Mt. Gox crashed as a result of an inside job and no more than 7,000 BTC, 1% of the money, has been lost through an external attack.

In March, when two former federal agents were arrested and charged with stealing bitcoins from Silk Road and extorting money from its owner, Karpeles published a number of incriminating email screenshots, giving rise to suggestions that Mt. Gox was brought down by the greed of corrupt government officials.

However, a study by Wizsec independent investigators published in April disproved these allegations. According to Wizsec, more than 400,000 BTC were already stolen from Mt. Gox between June 2011 and May 2012 and probably sold for less than $20 apiece. When a number of clients pulled their bitcoins out of Mt. Gox in the late 2013, there was suddenly nothing left. The authors did not name the thief, saying that “narrowing down actual suspects is close to impossible without proper access to all available data” and it could really be done only by the law enforcement.

Mark Karpeles is now free, according to Nippon News Network channel. The former head of the bankrupt bitcoin exchange Mt. Gox has been released on bail.

Mitsui Sumitomo adds a new insurance product aimed to protect cryptocurrency assets from hacker attacks. Claim payments may reach as much as $8.85 million.

Mizuho Bank and Fujitsu have announced a successful trial of blockchain for cross-border securities transaction settlements and are ready to implement the new method.

99% of Mt Gox bitcoins went missing through internal manipulation, not due to an external cyber attack, a Japanese newspaper reports. The newspaper cites an insider source and the Metropolitan Police Department. 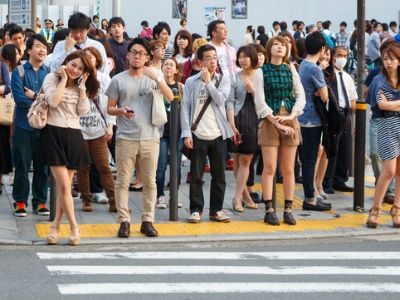 Quoine launched Quoine Pay platform to enable integrating bitcoin by more than 20,000 retailers in E-Context payment network. It is claimed that the service allows merchants to avoid being affected by the volatility.