At the conference “Sberbank & FRII: Opportunities for FinTech Startups” representatives of the largest Russian bank shared expectations about their announced Accelerator and the general role of the blockchain.

“There is more money than investment opportunities,” directors of two Sberbank’s digital business projects Ilya Etko and Andrey Popov assured the gathering adding that any deserving startup will surely be considered for funding.

According to Etko and Popov, of the total 12,000 fintech initiatives worldwide, about 5-10% are aiming at the disruption of the existing financial system, 20-25% compete with banks for the client base, while 65-75% are ready to cooperate with banks. It is for this majority of startups that Sberbank and FRII designed their Accelerator to facilitate their entry into the market.

What the bank can offer is access to meta-data allowing to raise predictive capability, access to the largest in Russia client base of 135 mln customers and partnership with a highly reputable brand.

Currently, there are three ways to get investment: via a venture fund, seed fund and direct strategic investments where Sberbank holds 100% ownership. The pre-Accelerator period starts on 23 June, and the actual acceleration programme for selected startups will take place from 23 September to 23 December.

During a Q&A session, Ekto and Popov commented upon a number of fintech aspects, including blockchain, saying that the distributed ledger technology has all the chances to “turn the economy upside down”. As an example, the speakers brought the case of The DAO which turned out to be the most successful crowdsale project in history with over $130 mln raised. 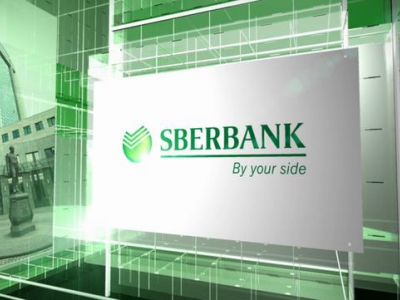 Lev Hasis, vice-president of the Board of Chairs at Sberbank, says that the largest bank of Russia is considering joining R3 consortium to explore blockchain.In his interview to Kommersant news agency, Lev Hasis explains that Sberbank has been collaborating with the consortium, evaluating the perspectives of blockchain technology and studying R3 documentation, in order to decide whether it should join the group. Hasis assures that Sberbank would be among the first banks to introduce the technology, after the standards and industrial solutions are finally set.
17 September 2015 09:53

Sberbank and Aeroflot to use shared blockchain system

The new distributed solution Digital Ecosystem will help to facilitate paper flow between the bank and a number of major companies and state agencies.