BitGo and BitFinex allow clients to verify funds on blockchain

A bitcoin exchange, BitFinex, and BitGo, a bitcoin security company, announced a new solution for BitFinex clients. Users of the Bitcoin exchange will be able to verify their funds on the blockchain.

“The era of commingling customer Bitcoin and all of the associated security exposures is over,” said Zane Tackett, Director of Community & Product Development at Bitfinex. “The trading community has long sought individually verifiable accounts without sacrificing security or performance. With the help of BitGo’s multi-signature technology, Bitfinex team is very excited to be the first exchange in the world to automate Bitcoin settlements using ‘On-Blockchain’ customer segregated wallets."

New service will allow clients to make near-real-time verification of customer Bitcoin balances as confirmed by the Blockchain. Every account will be secured with “multi-institutional, multi-signature, two-step authentication and advanced policies that support individual and institutional trading activities”.

“We’ve been working with Bitfinex for several months and are impressed by their dedication to security for their users,” said BitGo CEO Mike Belshe. “The industry has been clamoring for exchanges to adopt the multi-sig model, and we’re proud that Bitfinex selected BitGo’s platform to do it. This new level of transparency and security makes breaches such as those of Mt. Gox impossible.”

This year BitGo works extensively on bitcoin security and tries to improve the industry standards. In February, CryptoCurrency Certification Consortium and BitGo presented a new set of security standards for the bitcoin community developed with the help of the bitcoin security platform BitGo. The idea is to have a point of reference that would categorise a bitcoin company as compliant with the requirements of one of the three security levels.

At the end of the same month, BitGo began to insure bitcoin wallets from hacker thefts. The insurance from theft of up to $250,000 is now offered to clients who wish to secure their BitGo wallets from internal or external theft and technology failure. Users can activate the new service just by signing up with BitGo and, additionally, can increase the covered amount for a 1% annual fee. Both web wallets and cold storage are eligible.

BitGo and BitFinex announced their new service on the same day as the regulator in New York published BitLicense 3.0. This document pays special attention to the transaction security and “know your customer” practices.

BitGo, the security provider of Bitfinex, denies being hacked. Coinfox has gathered different opinions on how the attack on the bitcoin exchange could be carried out. 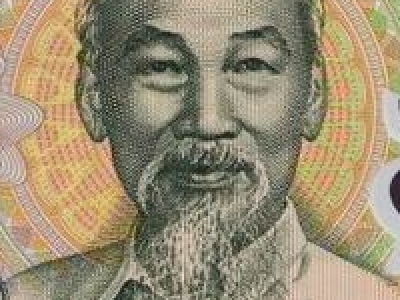 The goal of a new bitcoin exchange is to increase the domestic bitcoin liquidity base and facilitate remittance services in Vietnam.

BitGo has partnered up with Innovation Insurance Group and XL Group to offer customers a new service of insuring their online and offline funds.

BitGo wallet security to be reinforced by biometrics

Biometric IT security company HYPR has entered into a partnership with a cryptocurrency security platform BitGo. The joint project is aimed at protecting blockchain-based assets by biometric authentication.