Media: Russian Central Bank changed stance on bitcoin and might make it legal

The fate of bitcoins in Russia might be decided next week, says the Russian newspaper Izvestia. A government-run bitcoin exchange could be created to monopolize the ruble/bitcoin conversion.

The Russian Central Bank, originally very critical of cryptocurrencies, became much more favourable towards them, affirms an article in Izvestia, one of the leading Russian newspapers.

An unnamed official connected with the Central Bank told the newspaper that the regulator might permit and start to regulate some of the bitcoin transactions such as remittances or payments by physical persons. Everything will depend on the outcome of meetings scheduled to take place next week between the Central Bank and the representatives of financial markets to discuss the question of bitcoin and cryptocurrency use in Russia.

According to Aleksey Tyurin from the Digital Security company, a cryptocurrency cannot be technically banned without the ban on Internet. On the contrary, the exchange of bitcoin into fiat can be controlled by the stated. In the case of bitcoin legalization in Russia, a government-run exchange could be created to monopolize bitcoin/ruble conversion. Those who use other channels, could be penalized.

Aleksandr Naumov, Deputy Chairman of the National Council of the Financial Market, says that if bitcoins are banned in Russia, instead of going away they will become a part of the shady business. The legalization could give possibility to control the market and get more money from taxing bitcoin transactions. He believes that bitcoin will be legalized in Russia in the next one or two years.

Bitcoin remains a niche product in Russia. According to a recent survey, up to 80% of the Russian population has never heard about bitcoin. Yet 40% of respondents believe the digital currency to be dangerous and advocate its banning.

Russian regulator initiated a law that would effectively ban bitcoins in the second half of 2014. The text of the law proved to be problematic – the term “surrogate money” could effectively applied not only to bitcoin, but also to bonus programs of coffee shops and airlines. This created uneasy situation among the officials. Ministry of Finance had to call back the law and introduce new version

The new version of the law was not much better. It entailed penalties ranging from 5,000 RUR to 1,000,000 RUR. The public consultation period for the draft law lasted from 6 February till 8 March. Fourteen people took part in the online discussion and their opinions are displayed on the Russian Integrated State Web Portal.

The Russian Ministry of Finance promised this March that the bill banning “surrogate money” will be signed into law by the end of this year. The bitcoin community’s negative response to the proposed law has been ignored by the government despite the formal online call for public consultation. Some experts advised bitcoin companies to leave the country for good. They also advised bitcoin holders to sell digital currency to avoid possible persecution.

Meanwhile in the Ukraine situation is also ambiguous. On the Moscow Bitcoin Conference, that took place in April, Michael Chobanian, a representative of the Ukrainian bitcoin community, said that the government of Ukraine is imitating Russia in its actions against bitcoin. However, as was revealed later, The National Bank of Ukraine is examining the arguments for bitcoin regulation . On 8 June, Bitcoin Foundation Ukraine became a member of the Ukrainian Interbank Payment System Member Association (EMA). Presently, the National Bank of Ukraine is considering the regulatory changes that would form the market framework for international online payment systems such as PayPal. The Ukrainian equivalent of the BitLicense regulation project has been presented on 10 June during the Payments Commission session of the National Bank Council.

# Peter 2015-06-11 14:35
I can't believe that with so much bureaucracy in Russia the crypto-industry could be regulated somehow, but I'm optimistic man, so think they may not ban btc.
# CoinFox 2015-06-11 16:17
We are optimistic as well, Peter. Even when they suggest to ban it
Refresh comments list
JComments 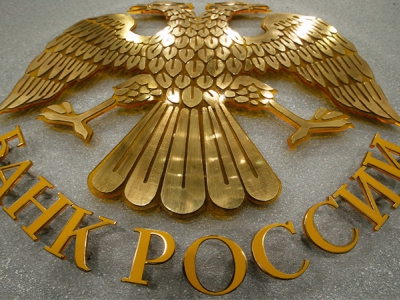 The Investigative Committee of Russian Federation (ICRF) believes that cryptocurrency could bring down the financial market in Russia. The officials vow in favour of criminal liability for its issuance and use.

Moscow-based HSE.lab hosted a blockchain hackathon 13-15 November. During the hackathon 25 ideas were announced and 14 teams presented their projects on the final day.