Campbell Harvey shared his ideas about the course with The Financial Times:

“Think of me as the venture capital professor. The lone requirement of the course is to propose a venture that is related somehow to the bitcoin blockchain.”

According to the syllabus, the name of the course is “Innovation and Cryptobusiness”. Harvey suggests his students think about bitcoin as a starting point for many new technologies:

“Indeed, it is possible to create algorithmic contracts within this network. This leads to the possibility of disruptions not just in finance (stocks, bonds, etc.) but also in law (simple contracts) and other fields. It is even possible to create an autonomous computer program that employs people and conducts business as a corporation would”.

Harvey prepared his course for MBA students and for other graduate and undergraduate students of Duke University. The class started on January 15 and will finish on April 23.

Professor Campbell Harvey obtained his doctorate at the University of Chicago in business finance and later worked at the Stockholm School of Economics and the Helsinki School of Economics. Later, he was a visiting scholar at the Board of Governors of the Federal Reserve System and President of the Western Finance Association. Currently he is serving as an investment adviser to the Man Group, the world’s second largest hedge fund. On September 30, 2014, the group managed $73.2 billion.

Campbell Harvey has a long-standing interest in bitcoin. He is also a founder of a successful non-bitcoin startup, an electronic dictionary of financial terms. It includes over 8,000 terms and is frequently used by the New York Times, the Financial Times, and several other media outlets.

The Duke University professor is not the only one to teach college courses about bitcoins. His colleagues at the New York University, Jeffrey Miller and David Yermak, were teaching a course on “Law and Bitcoin-business” last semester. The University of Bitcoin investor Tim Draper also offered a course on bitcoin in the autumn of 2014. 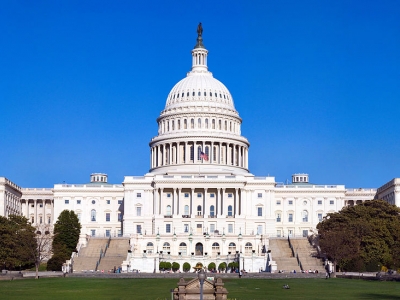 The US federal postal agency has issued a report discussing potential applications of the blockchain technology for the needs of USPS. Apart from financial services, the technology seems beneficial for various aspects of the US postal system.

During the first quarter of 2015, the giant retailer’s “losses on cryptocurrency investment” were $117,000, suggests the quarterly earnings report. However, it does not dissuade Overstock from dealing with bitcoin.