Bitreserve's new COO: bitcoin will go away in 5 years

Anthony Watson, former Nike CIO and a LGBT activist, has joined Bitreserve to work alongside CEO Halsey Minor as the company’s president and COO.

Watson left U.S. sports giant Nike in December citing personal reasons after he had worked for the company for less than a year. In particular, Watson (who is originally from London) – single, gay, and used to the urban lifestyle – experienced culture shock in Portland while working for Nike. Before joining Nike as CIO, Watson had worked in the banking sector and wanted to make a difference in the financial system. He values the capacity of the bitcoin startup to democratize finance and to help poor people around the world.

“Money is a common language around the world and Bitreserve democratizes how people access, hold, and move value. We have the unique opportunity to craft a lasting legacy of delivering transparency, massive innovation, and positive social impact to financial services and in peoples’ everyday lives,” he said.

Watson believes in the bitcoin’s potential to make an impact but not in the digital currency itself:

“What I think is so revolutionary here is that it can allow you to trade in any commodity,” he told Fortune. “Right now it’s metals, but it could be cocoa beans. The broader vision is much bigger than digital currencies.”

He is convinced that bitcoin will do its job and disappear:

“I’ll be surprised if bitcoin is here in five years,” he said. “It’s a means to an end. The value of bitcoin isn’t the currency, but the technology. I think once the world becomes more accustomed and attuned to the platform of bitcoin, the noise will go away, and the currency will go away too. The real transformation is the idea of taking all barriers down and having it be ubiquitous. Whatever currency or commodity you want to transact in, you can, and you can do it for free. That’s pretty revolutionary.”

Watson's views go along with Bitreserve’s vision of their mission. They see themselves as a new financial system and their motto is “Change money. Change the world”. Bitreserve presents its service as transforming bitcoin into “stable money” and using it as other familiar forms of money with the help of their digital platform. Bitreserve offers to convert bitcoin into eight fiat currencies and four precious metals.

“Built for a post-trust world, Bitreserve’s real-time transparency system eliminates the opportunities for fraud and destructive risk-taking that have caused the collapse of banks and other financial institutions throughout history,” the startup's website reads.

Adding the Mexican peso and Indian Rupee to its list of currencies, a major bitcoin storage platform now offers its customers the option to convert their bitcoins into eight fiat currencies and four precious metals. 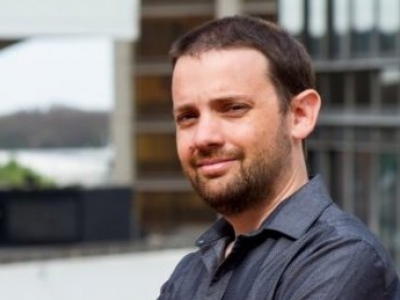 Sebastian Serrano: bitcoin becoming a global currency 'would be the brightest of futures'

In September BitPagos acquired the bitcoin exchange Unisend Argentina. CoinFox reached out to Sebastian Serrano, the co-founder and CEO of BitPagos, to learn about current position of the company and its future plans.

A major bitcoin storage platform is offering its customers the option to convert their bitcoin accounts into six fiat currencies and four precious metals. Swiss franc and three metals have been added recently.

Star Trek vs bitcoin: the future of money

As we celebrate Star Trek’s 50th anniversary, CoinFox is wondering what is the difference between federation credits and bitcoins and whether the cryptocurrency is “real money” after all.