Blockchain CEO Peter Smith claims the company receives more and more complaints from the customers while transaction fees are growing and transaction confirmation delays are getting longer than ever.

What in fact is happening is that people are getting less value at a higher price, writes Smith in his recent Medium post. He shares his views on the overall situation in the bitcoin community following the recent Satoshi Roundtable.

Statistics for the first days of March shows that transaction fees have risen up to nearly 100 satoshis per byte, while average transaction confirmation delays have exceeded 80 minutes.

This seems to be a dramatic change, especially in comparison with the end of February when on the average it took no longer than 20 minutes to complete a transaction. As for the fees, though, the leap Smith mentions has been replaced by a downward trend in recent days, the sum fluctuating around 40 – 50 satoshis per byte.

However, the overall situation, as described by Smith, is alarming: the bitcoin network seems to be congested, causing customers to complain and undermining their trust in the system. In fact, much of the activity Blockchain has experienced through the past weeks accounts for customers transmitting their bitcoins from wallets to exchanges. That might indicate a stage of readiness to sell one’s cryptocurrency in case of a major price fall.

In the meantime, the price of bitcoin has partly recovered after sliding below $400 at the beginning of March and is now around $410.

Commenting on the block size debate, Smith turns down the arguments that the recent problems faced by the network are caused by spam. Malicious attacks only account for a tiny percentage of transactions that have flooded the network, he says. But the attempt to block certain transaction types under the pretext of a hypothetic danger they may pose is, actually, a far greater danger by itself. Bitcoin must remain decentralised, argues Smith, just as Satoshi imagined it to be; if developers try to control transactions that may lead to serious consequences.

In his support for a free bitcoin market Smith is close to the views of Bitcoin Classic developer, Gavin Andresen. He, too, warns against centralisation, which may be the consequence if the block size is not increased. This can make the system vulnerable to attacks, claimed Andresen in a recent letter following the Satoshi Roundtable.

Another prominent Classic supporter, Coinbase CEO and the Satoshi Roundtable participant Brian Armstrong has also shared his vision of what is going on in the community, which is in a way similar to what Smith is saying. In fact, both experts describe the ongoing conflict as a clash between “good enough”, which they advocate, and “perfect”, which is simply impossible to achieve.

EPAM, the leading software engineering expert, has created a global team that is supposed to investigate application and implementations of the blockchain technology.

A range of fintech startups presented at the SF Blockchain Conference 2016 have shown that the technology may be used to enhance efficiency in all fields of trade and change the way we see economy.

The US government is paying attention to the debate within the bitcoin community about the block size limit, but does not intervene in it, Ed Felten, US Deputy Chief Technological Officer, has revealed on Quora. 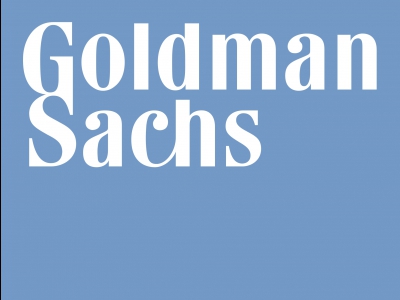 In the new report published by Goldman Sachs in its “Profiles in innovation” series the experts put forward the most promising real-world uses where the distributed ledger can really make a change.