Where is it easier to launch a bitcoin startup? Where is it possible to buy food or a car for bitcoins? CoinFox has made a list of five countries where cryptocurrency owners feel at ease.

Alan Turing’s motherland treats Bitcoin as an “inevitable good” and in some local pubs, you can get a pint for digital currency. The country boasts over 30 bitcoin ATMs and its government is about to start implementing the blockchain technology, the one underpinning bitcoin, to enhance the work of state institutions.

The law regards bitcoin as a personal asset. Goods and services purchased for bitcoins are subject to value added tax. The cost of goods or services subject to VAT must comply with the value of bitcoin in pounds sterling at the time of purchase.

According to British MP Harriett Baldwin, the UK accounts for 42% of all European investments in new financial technologies, which results in the fact that in the last year the country’s GDP has grown by 20 billion pounds. She proudly notes that some companies developing digital currencies are moving to the UK:

“For example, Circle, a bitcoin services company, has announced that it is planning to open a London office from which it will coordinate its European expansion. Why the UK? Well, Circle were very clear: it was because of our positive attitude to FinTech and to digital currencies.”

American payment operator Circle in alliance with Barclays bank launched dollar-pound money transfers. This agreement is considered by many as a historical landmark: the banks are actively engaged in experiments with blockchain, at the same time avoiding bitcoin by any means. Now, Barclays provides Circle with an account to store pounds and the necessary infrastructure allowing to connect Circle account to any bank account in the UK.

Denmark is one of the countries that seek to eliminate paper money. Bank transfers and digital currency are widespread here. According to the country's central bank, bitcoin is not a currency, and therefore, its use is not regulated by the state and bitcoin transactions are not subject to taxation. Moreover, Denmark is the home to many bitcoin startups and exchanges, such as CCEDK.

In March of this year, Denmark became the first Scandinavian country where the purchase of real estate has been carried out using bitcoins. The payment was provided by the local company Coinify.

It is here that bitcoin activist Jack Nikogosyan made an experiment living only off bitcoins for a month. He had to endure a lot of challenges: to eat less and to use a bicycle instead of public transport but Coinify, which published the results of the experiment in its blog, recognised that the test was passed. It is worth noting that Jack persuaded his boss to give him a salary in bitcoins and paid his rent with it.

Swedish financial regulator Finansinspektionen legalised bitcoin and other cryptocurrencies in the country defining them as an asset, but not money. The country has become the home to many bitcoin startups including Safello Exchange and, in the past, one of the largest manufacturers of mining equipment, KnCMiner. The company was the first to release ASIC-miner in 2013, but it declared bankruptcy in May 2016, citing the halving of the bitcoin mining award (from 25 to 12.5 BTC) as the main reason. Nevertheless, the story goes on: KnCMiner found a new owner, GoGreenLight, which can resume its mining operation. Bitcoin mining is subject to taxation in the country, but only if it makes a profit.

In regard to freedom of bitcoin circulation and its popularity, Finland does not lag behind its Scandinavian neighbours. Finland is among the countries where bitcoin and the blockchain technology are becoming increasingly popular. In terms of using bitcoins per capita, the country is one of the three world leaders, Cointelegraph reports.

Finnish Tax Administration classifies bitcoin as financial service and operations with it are subject to value added tax.

According to ATMRadar service, the country has 16 bitcoin ATMs, ten of them located in Helsinki. The country is also home to FinCCX exchanges, Bittiraha and LocalBitcoins. In January 2016, it was Finland where Tesla S car worth more than €140,000 was sold for bitcoins.

Speaking about the attitude to bitcoin in the Netherlands, the first thing to mention is that a whole city, Arnhem, was nicknamed “the city of bitcoin” in honour of the eponymous project. It boasts the highest concentration of companies providing goods and services for bitcoins — more than a hundred. In Arnhem, you can get a haircut, buy a hamburger or a new suit, send an email, repair home appliances or stay in one of five hotels in the city centre – all using the cryptocurrency.

The Netherlands regularly host bitcoin-related events and feature a number of bitcoin ATMs. Meanwhile, cryptocurrency is not regulated by the country’s financial legislation.

In addition, De Nederlandsche Bank (the Dutch central bank) intends to create its own digital currency based on the technology of distributed ledger. The project was identified as the priority area for the bank in 2016.

The report of De Nederlandsche Bank published in March this year mentions a possible name for the future state cryptocurrency — DNBCoin. The document says that it is a “prototype of the bitcoin-based coin.” According to the DNB experts, the introduction of this digital currency will help to improve the transparency, security and accessibility of payments for users. 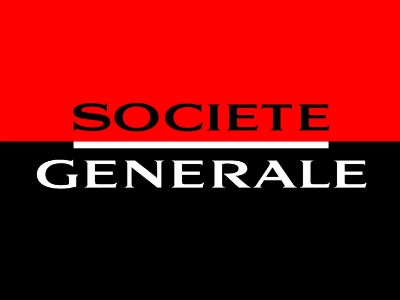 Dominique Bourrinet, Legal Director at Société Générale group, and Etienne Mauret, responsible for the payment methods and banking products, published an article about the legal status of bitcoin currency in which they argue that international regulation is needed for the digital currency. 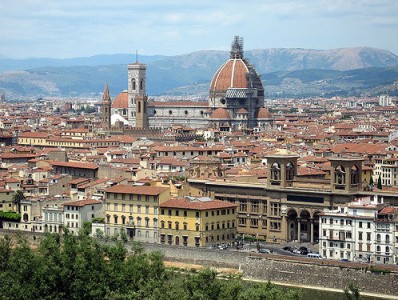 The Italian Revenue Agency has drafted a proposal on the introduction of tax in respect of assets in cryptocurrency. It implies paying taxes on bitcoin surplus value in case of the value growth.

Head of Kenyan Central Bank: Country not ready for bitcoin

The Governor of Kenyan Central Bank Patrick Njoroge declares there should be no hurry adopting digital currencies in the country: Kenya does not have infrastructure and capability to deal with them today.