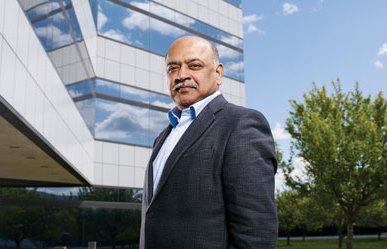 Arvind Krishna, Senior Vice President and Director of IBM Research, will appear among keynote speakers at the DC Blockchain Summit, to be held on 3 March at Georgetown University.

The Summit, organised by the Chamber of Digital Commerce, aims at gathering industry players and government representatives to discuss challenges that blockchain can present to policymakers in the sphere of compliance and regulation. Matthew Rosznak, a board member of the Chamber and another of the key Summit speakers, defines the event as “a timely conversation at the intersection of industry, technology and regulation” with the aim to analyse the “transformative technology that didn’t fit into a traditional regulatory box.”

The participation of IBM Research Director as one of the key speakers, thus, seems quite logical, especially taking into account the IT giant’s recent decision to promote the blockchain adoption: the launch of the initiative “Blockchain-as-a-service” was announced on Tuesday, 16 February 2016. Illinois University alumni and co-author of 15 patents, Arvind Krishna is in charge of IBM Research since February 2015, and in this capacity he guides IBM’s general technical strategy and supervises the company’s blockchain-related projects.

"Blockchain technology is re-imagining the way we transfer, store, and secure assets, including currencies, commodities, property, and identity," said Perianne Boring, Founder and President of the Chamber of Digital Commerce and the spearhead of the DC Blockchain Summit. “We're honored to welcome IBM to the DC Blockchain Summit to share their perspective on this groundbreaking technology with Washington, DC.”

Last Wednesday the Chamber of Digital Commerce also announced Blythe Masters, CEO of Digital Asset Holdings and ex-president of the JPMorgan’s investment bank, to appear at the DC Blockachain Summit. The list of additional speakers includes Adam Ludwin, the Co-founder and CEO of Chain; Stephen Pair, the Co-founder and CEO of BitPay; Vitalik Buterin, Founder of Ethereum; Jeff Garzik, Core Developer and Co-Founder at Bloq, as well as FBI, MIT and Microsoft representatives among others.

As Perianne Boring puts it: “We do have high-level speakers, which is reflective of the high level of work we do here at the Chamber.”

IBM announced today the start of its global programme supporting the advance of distributed ledger. As part of it, IBM Blockchain Garages will open in four world capitals to unite experts and developers.

IBM's Vice President of Blockchain Jerry Cuomo has announced a new form of blockchain implementation labelled “shadowchain”. It is supposed to work alongside conventional systems instead of replacing them.

IBM to add blockchain to IoT

The IT giant is now working to bring blockchain technology to its artificial intelligence platform Watson in order to make the emerging Internet of Things ecosystem safer and more convenient.