“Bitcoin for Miles”, part of the Delaware-based Bitcoins Inc., is now offering to buy bonus miles for bitcoins. You can get up to 0.017 bitcoins for each mile. This is a rare case: usually bitcoin companies do not buy bonus and gift points and sell them instead.

The “Bitcoins for Miles” project launched this February. Presently, the company buys bonus miles of all “major companies”.

The owner of the website, Peter Klamka, said that his potential customers are clients of US airlines. The price of one bonus mile varies from 0.005 to 1.7 bitcoin cents. “Bitcoin for Miles” warns clients that, in theory, selling bonus milesmay be problematic for many airlines

To sell your miles, you need to fill out a special form and request a quote for the type of points you wish to sell. According to the advertisement, an agent contacts sellers shortly after they submit a request and suggests a price. If the user agrees, the company promises to quickly send the sum:

“We send bitcoin to your wallet. The transaction is usually completed in minutes. There is no one or two week waiting time once the points leave your account to get your bitcoin. For transactions over a certain amount and we can involve an escrow agent until transfers are complete”

The company also plans to sell bonus miles to users. In an comment for Cryptocoinsnews Peter Clamka said that site has already been in contact with more than a hundred potential customers.

“Bitcoin for Miles” is following the general trend of the “bitcoinization” of air travel. Last year, at least two airlines (Air Baltic and Air Lithuania) started to accept bitcoins. This year, the Universal Air Travel Plan payment operator has announced it will be integrating bitcoin. This will make digital currency available as a payment option for more than 200 airlines.

This is not the first service that capitalizes on operations involving bonus points and bitcoins. In Europe, several companies allow users to buy Amazon gift cards for bitcoins. In the USA, Gyf is an iOS application that helps users buy Nike and Starbucks gift cards for digital currency. But this is the first time air miles are being traded in this manner.

The US federal postal agency has issued a report discussing potential applications of the blockchain technology for the needs of USPS. Apart from financial services, the technology seems beneficial for various aspects of the US postal system. 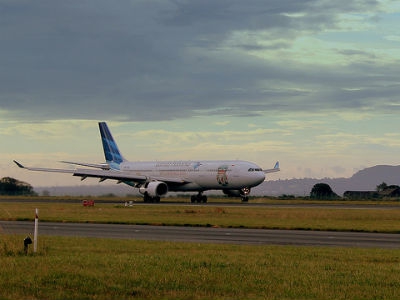 During the first quarter of 2015, the giant retailer’s “losses on cryptocurrency investment” were $117,000, suggests the quarterly earnings report. However, it does not dissuade Overstock from dealing with bitcoin.