A bitcoin company, Cubits has teamed up with BTCGreece, a Greek bitcoin exchange, aiming to supply Greeks with bitcoins. They plan to sell bitcoins for vouchers and to install bitcoin ATMs. If they are successful, it would effectively create a cross-border payment service for Greeks, helping them bypass the government-imposed capital controls. Right now, individuals can only withdraw €60 per day, and businesses need to obtain special permissions to pay their suppliers and partners outside Greece.

Thanos Marinos, the founder of BTCGreece, told CoinTelegraph that the two companies plan to install 1,000 bitcoin ATMs in Greece. He believes that would make bitcoin purchase accessible for small businesses, helping them to survive:

“Btcgreece and Cubits are offering a solution to the small and medium sized businesses to keep their operations, pay their invoices outside of Greece, pay for datacenter and servers, without the limitations imposed by the banks under capital controls.”

He thinks the system will benefit ordinary people as well:

“Bitcoin in Greece is not just hype but a solution to day to day problems of people and businesses under capital controls. Also a key factor is that the trust for the traditional banking system is long gone and people are open to bitcoin.”

Bitcoiners saw a window of opportunity for the cryptocurrency from the very beginning of the Greek financial crisis, with some even imagining that the whole country could adopt bitcoin instead of euro. While these pictures seem too optimistic, there is no doubt that bitcoin can help Greek businesses in their cross-border negotiations. CoinFox already wrote about the use of bitcoin derivatives in the trade between China and Kenya. Michael Chobanian, the founder of the Bitcoin Embassy of Ukraine, told CoinFox that bitcoin was extensively used by Ukrainian businessmen working with China, as the price of the local currency was going down and authorities imposed restrictions on foreign currencies.

As CoinFox wrote, the number of bitcoin ATMs in the world reached 400 in the end of May 2015. Right now, according to Coin ATM Radar, there are 461 bitcoin ATMs, 51% of them situated in the U.S. and Canada. Only two bitcoin ATMs are located in Greece, both in Athens. The first was installed in June 2015 by a group of bitcoin enthusiasts, the second in July 2015 by the Catalonian company Bitchain. If Marinos’s plans succeed, Greece would outpace all other countries in the world by the quantity of bitcoin ATMs. However, it is not obvious whether the Greeks need them. Commenting on the unveiling of the first bitcoin ATM in Athens, a Greek Reddit user remarked: “Problem: There's no Euros to feed the machine. It's like setting up a bath tube in the desert.”

A part of the bitcoin community is questioning the need to install bitcoin ATMs. Some companies, like BTCPoint and even Robocoin, a former manufacturer of bitcoin ATMs, are focusing on creating software that would enable standard ATMs to work with digital currency. An even more radical solution is envisioned by Abra, a company that wishes to replace bitcoin ATMs with a network of individual “tellers”, Abra users with smartphones.

A group of bitcoin enthusiasts installed the first bitcoin ATM in Greece. If you are in Athens, you can buy digital currency in Orizontes bookshop. 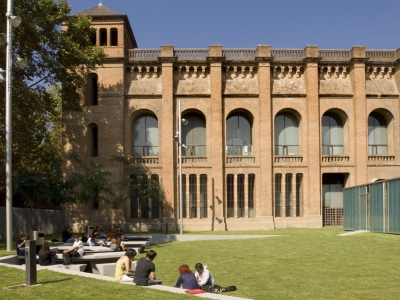