The bitcoin ATM is located in a small commercial building on Niagara Avenue. The machine is operated by CoinSource, the bitcoin ATM network that owns two other machines, in Las Vegas and New York City. The one-way ATM Genesis Coin, converting fiat into cryptocurrency, is produced by San Diego, CA based company Genesis Coin Inc.

This is not the first or the only bitcoin ATM in San Diego. Another machine operated by Coin Cloud is installed at Computer and Ink Store, according to Coin ATM Radar website. It is a two-way bitcoin ATM that charges 5% transaction fees. The world's first bitcoin ATM was reportedly installed in San Diego as early as in May 2013 by Canadian anarcho-capitalist Jeff Berwick and Evan Rose. San Diego will host a three-day bitcoin conference Inside Bitcoins on 14-16 December, 2015.

A new bitcoin ATM of the same Genesis Coin type was launched recently in Arlington, Virginia. The machine is located at the Spice on Wilson restaurant and is run by Virtual ATM LLC.

“I chose Spice on Wilson because of the location and the amazing food,” said John McKee, founder of Virtual ATM LLC. “Try their fish tacos!”

On Monday this week BitExperts LLC installed a new bitcoin ATM of the General Bytes type at the vapour boutique Vape in Chicago. The machine converts fiat into cryptocurrency with a 7% fee and supports operations with bitcoin and litecoin.

Last month Bitstop launched a bitcoin ATM in in the Wynwood Cafe in Miami city centre, Florida. Currently the U.S. is the leading country for the number of bitcoin ATMs, with 167 of them out of the world’s total 473 located in the States.

Bitcoin believers in New England have a new gathering place

A new bitcoin ATM has been installed in Las Vegas in front of an entire wall covered with infographics about the digital currency.

Of five bitcoin ATMs in New England, only one is working

Four others don’t function at all. One may wonder how many bitcoin ATMs of the total 484 listed by CoinATMRadar are really available. 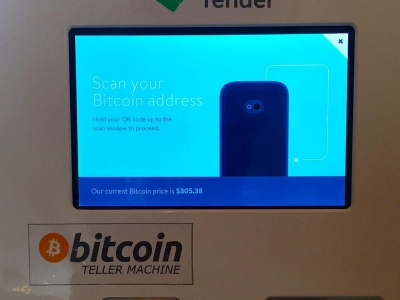